“Nothing is created, nothing is lost, everything changes” wrote Lavoisier in his Traité élémentaire de Chimie in 1789. It evolves, changes its state, moves, the matter/material is everywhere. Intangible and also physical, the matter/material is inscribed in a duality which makes it fluctuate between full and empty, from the idea to the object or from the movement to the balance.   The sculptor carve, cut, sculpt, form and chisel the raw material : he/she translates his/her imagination in a reality made of stone, he/she gives some consistence to his/her thought, he/she relays some expressions and causes emotions. François Payant wrote : “The architecture allows to live emotions which are only existing thanks to the material expression. Architecture is matter”. But nowadays, how an architect becomes a sculptor?
According to a frame of reference, the matter/material can be seen as almighty, as an inexhaustible resource to enhance and to exploit, like an achievement. What could be the links between architecture and publishing in the matter era? How do these fields look like it in the 21th century? 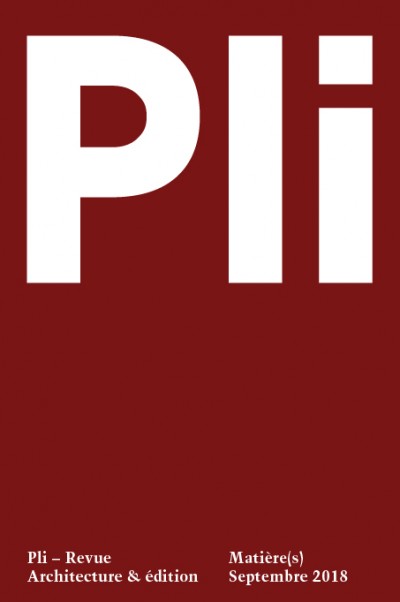 Publishing transforms intangible raw material, which can be literary art, graphic or even illustrated, into a product able to release. If architecture is visual and livable, it is also readable. In Pli 03 – Conflit, when André Tavares says “publishing reviews and fixes architecture”, we can question the relationships between the built matter/material, the one which is depicted and the one which is interpreted and criticised. Finally, the editor, helped by the graphic designer/illustrator, would not be the people who spread the food for thought?

Le Pavillon des Canaux at the edge of the canal Ourcq, hosted the launch of Pli 04 for a night. On the program: presentation of the review, Dj-Set by Georges Kaplan Conspiracy in the kitchen, meetings and purchases of the new issue in the glass roof, as well as the discovery of the 12 illustrators of the review in the living room. We thank all the volunteers and all the people who participated in this project.

After “Format(s)” treated in the second issue, we chose to return to an “elementary” theme. We bet to go beyond the banality and the obviousness of the subject which touches as much professions around the book as those of the architecture. We want to express the diversity of interpretation of the topic, by giving a space of expression to contributors of all horizons which helps us to see the matter in a new way. In order to nourish the approach of editorial design as much as the architectural thought, we developed a series of exhibitions where the production process has been put in second place: it is the origin of the creation which was centerpiece of the exhibitions. 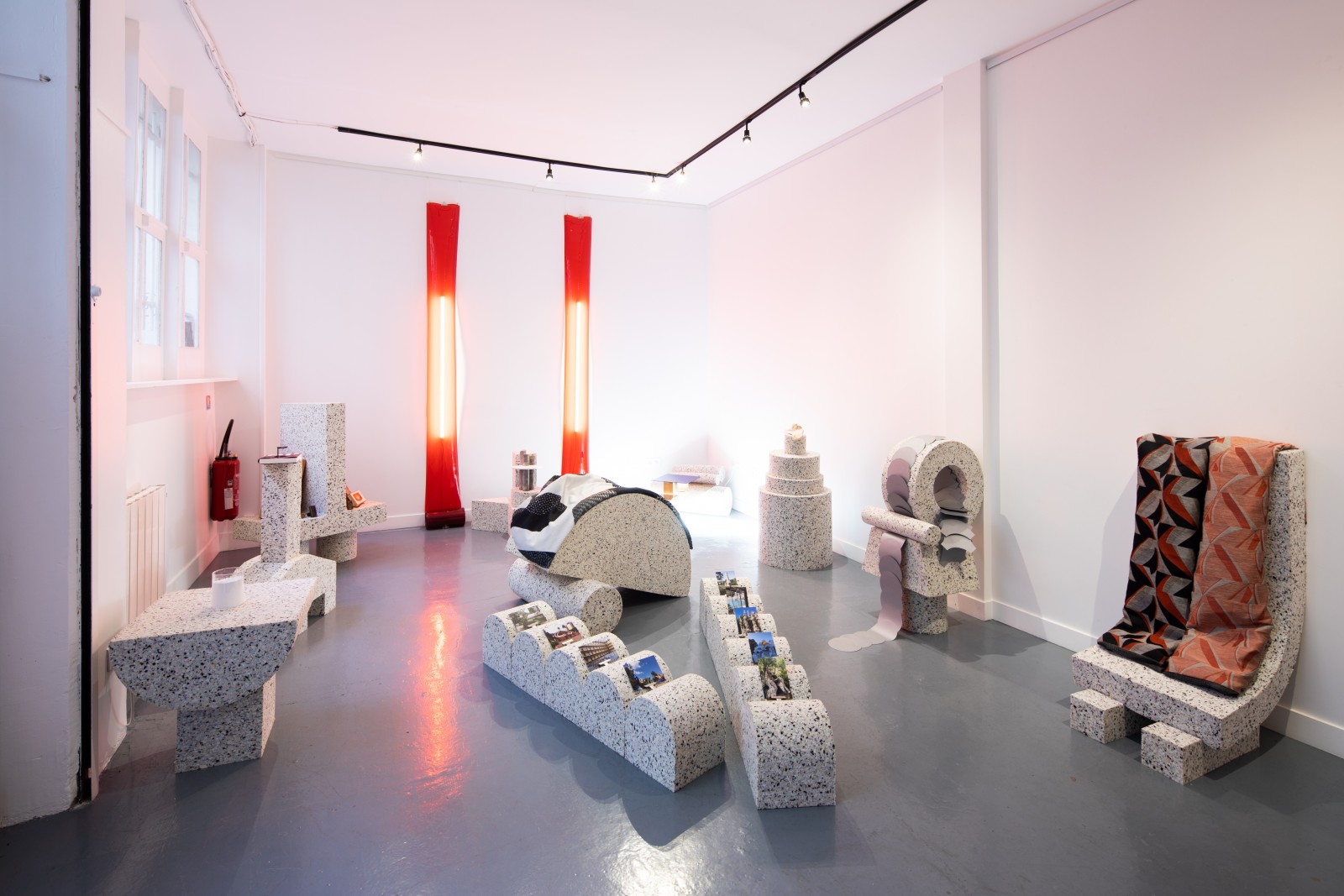 Putting aside this time the process of creation, this exhibition turns to the first objects: raw materials. The genesis of the production of ten - artists, architects, designers, graphic designers - for the review was presented. The exhibition presented the work of Atelier Irradié, Centre Pompidou - Kandinsky Library, Fanette Mellier, Léo Grunstein and Camille Berger (Philippe Apeloig Studio), Graphiquants, matali crasset, Philippe Rahm Architects, Pierre Antoine, Samy Rio and Spassky Fischer. By collaborating with the review, the idea was to focus on the starting point of their creations. The exhibition Matière(s) Première(s) is not a general guide to production and creation but several juxtaposed case studies. This is the object of research, a singular and personal introspection that we have tried to unveil.

Pictures of the exhibition 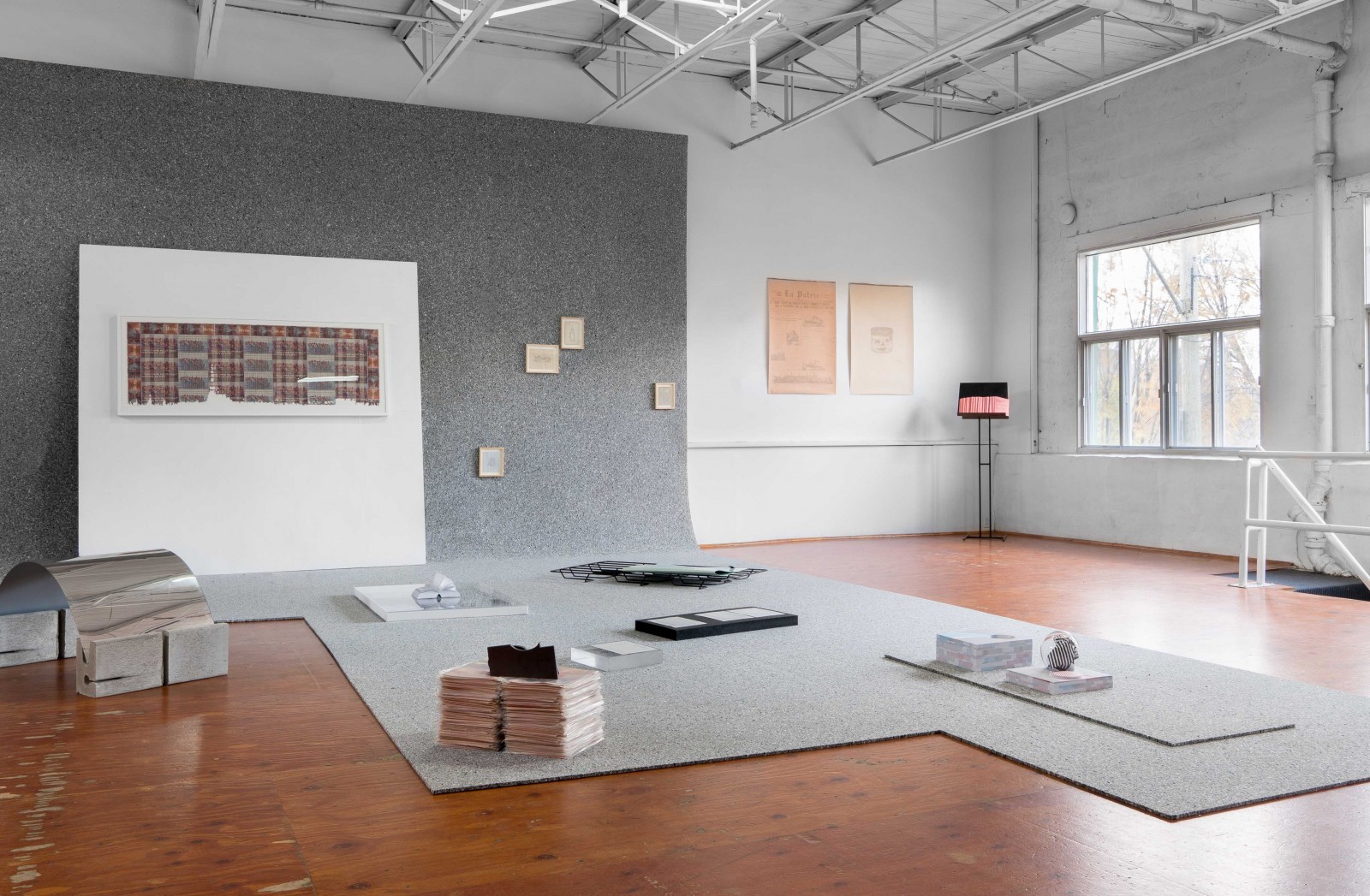 The exhibition, co-signed with Collectif Blanc, brings together artists from Paris and Montreal. In an atypical place far from the standards of the traditional exhibition, the four-day event was accompanied by performances and a bookstore with the participation of the Canadian Center for Architecture. The exhibition gathered Ines Cox, Marie-Michelle Deschamps, Myriam Dion, Sébastien Dulude, Frédérique Gagnon, Céline Huyghebaert, Fabrice Masson-Goulet, Jean-Michel Leclerc, Marie-Douce St-Jacques and Julien Baiamonte.

Pictures of the exhibition

More than partners, they are collaborators who engage themselves with Pli to support the new generation of architects and designers. Schools, french and international institutions, architectural agencies, companies and associations gathered around a common motivation: discover and support the practices of tomorrow.